This past weekend I headed down to Maryland to compete in the first official race of the MASS series.

The week leading up to the race was a wee bit fraught as I was having some issues with my geared race bike.  I considered racing singlespeed, but in the end decided to let the guys at Freeze Thaw convert my SS to gears (Justin's idea, and a great one!).  Chris R at the shop put my bike together and I was so happy.  He switched everything over, right down to my Ti bottle cage.  I put all my trust in Chris as he always does a really good job and I have yet to have a problem (he is my mechanical hero!).

I stayed in Philly the night before the race.  It was painful because we had been invited to a wedding party on Saturday night at a really cool bowling alley...with a FREE bar, which needless to say, I did not take advantage of at all.  I knew the 6am start would be bad enough! 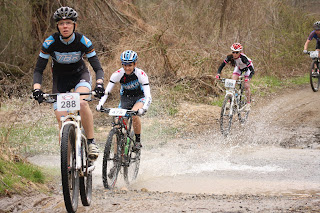 Kathleen Harding leading the pack at the start!

There was a good turnout of ladies in the Elite Class.  I felt decent in the morning, only a little apprehensive that I didn't know what the course was like.  However, since it was a 3 lap race I decided that for the1st lap I would play it safe, work out the course and then see what happened. 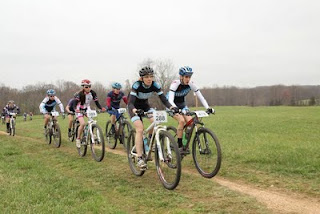 Kathleen Harding (http://www.trestlebridgeracing.com/index.html) was on fire and looking good.  She rocked it out and deserved the win (go girl!) with me placing 2nd. Trestle Bridge are a growing team and a lot of fun.  You can always count on them to be hanging out, drinking beer and cooking burgers after a race.  Thanks for the veggie one Mike! 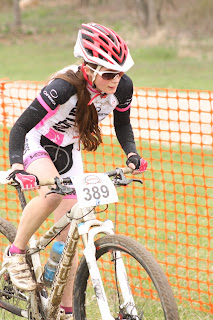 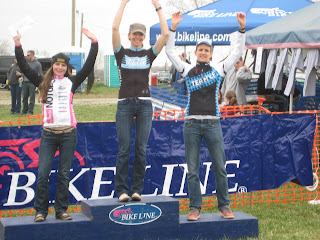 After my race I was aiming to make it to the Naval Yard Criterium to watch Rich race.  Not being from these parts of the world, I have to focus all the time on the highway that the passing lane is the opposite to what I think it should be.  That was bad enough, but the GPS put me back and forth over some huge bridge SIX times in total!!!  Thankfully the race was late in starting and so I managed to get there in time.  Wasn't so cool when Rich informed me I had locked my bike to the roof and lost the key (eeekkk!).  I had to retrace my steps around the crit course and eventually (thankfully!) found it. 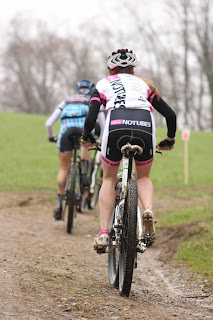 Blossom was out in full bloom down in Philly.  Spring is almost here.  Looking forward to Tour de Tykes next weekend.
Posted by Vicki Barclay at 7:18 PM