Still trying not to think about it too much...but it's getting closer!!!

***I started to write this blog when I got back from Scotland last week, but somehow I have been busy riding in the rain and grit, working and trying to relax!***

Trans Epic!!!  Now I am back in the USA after a couple of weeks in Scotland I can start to focus my thoughts on this 7 day stage race.

The media (and a few of the douchebloggeries, although they deny it face to face!) are loving these few weeks leading up to the race as they can start vying the female racers against each other, and encouraging spectators to join in. I am sure, like myself, the other woman are chuckling away...it's just a bike race....right?!?!

In seriousness, it is great the race is getting so much coverage.  Like I said in the Dirt Rag blog, the coverage it deserves.

I have been poor at taking any photos these past few weeks (as I feel all I have been doing is riding in the rain), so the best I can do is entertain you with a few leaving shots from my time in Scotland. 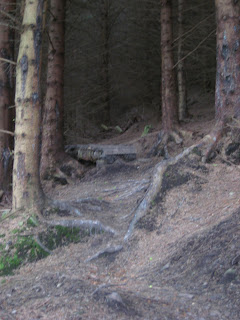 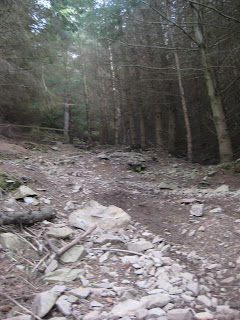 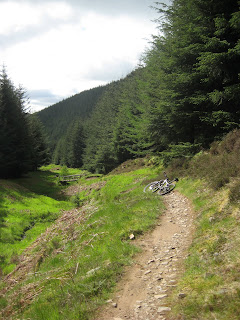 I can't believe I used to plop down some these trails like nobodies business...I guess I started wearing lycra and racing, and the roots have suddenly seem a lot more risky!


Other news is that my new bike is currently being built!!  I have gone for the Niner Air 9 scandium and I am really EXCITED.  After a lot of debate on color I went for the tang (much to Rich's disapproval as he liked the raw!).  I really like Niner bikes, and fell in love with them even more after we spent this past weekend at Dirt Fest where I got a chance to demo one of them.

So yup, a good portion of this past weekend was spent down at Raystown Lake, hanging out with Rich and the NoTubes crew, riding the trails, taking dips in the lake and hanging out at our sweet cabin.  I rode the carbon Niner Air 9 SS and was completely in love!  The scandium is not that much heavier, so I think it will be a good fit for me for the rest of the race season, but I secretly hope to be able to race the carbon bike in the near future :0)

I escaped from Dirt Fest on Saturday, as I wanted to get a 4 hour ride in at home.  I had planned to do some of Stage 2, but the fire roads getting over to Cooper's Gap were being re-graveled so I couldn't drive over.  I did my best to ride over though.  I made it to Upper Sassafras, but got worried it would take me a long time to get back over to Tussey and I didn't want to be out for 5 hours (with only water and a few jelly babes!). I bumped into Pete Buck and Scott Woods riding back home (on the way to Herm and Justine's wedding...congrats!!) which was nice. I made it back to Dirt Fest in time to eat, get changed and party with the crew.  There were some tasty beers.  It was a scene!


Sunday, after the lads had packed up at the NoTubes stand (and I had finished demoing bikes) we rode the Raystown trails for a few hours.  We managed to hit some of of the Trans course, but we were really just tooling around and having fun.  Was great to have some of the Niner crew from CA come ride with us too.

This week: Trying to keep myself fresh with some intensity but nothing long;  Taking a few extra visits to see my massage therapist Kate; Eating well; Trying to stay cool!!!!

My race schedule for the next 3 weeks is kind of daunting: 7 day stage race + Stoopid 50 + Lumberjack 100 = 384 miles of mountain bike racing!  More reason to stay cool (Rich has a great race song about staying cool must find and listen to it!)
Posted by Vicki Barclay at 12:41 PM